4 Parenting Styles : Which type of parent are you? 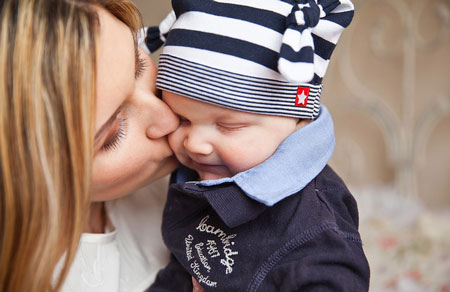 How you handle conflict or how you set the rules in your house will largely shape your child’s personality and social skills. There are many different parenting styles that parents consciously or unconsciously adopt. These normally fall into 4 different categories that researchers have identified. They may overlap once in a while but you can notice a definite pattern in a person’s parenting style. You and you partner should ideally share similar or complimentary parenting styles (something that should be discussed early on).

Here are the different parenting styles that are seen:

Children of these parents tend to be withdrawn, a-social and are often uneasy around their peers. Girls tend to be very dependent on their parents and boys are unusually hostile.

Children of these parents tend to be quite moody and have low social skills and almost no self-control. They are dependent and share many of the same characteristics as children of authoritarian parents.

Children of authoritative parents generally fare the best as they are independent, friendly, self-assertive and cooperative. They regulate their own behaviour effectively, including their emotional and social life.

Children of these parents are seen to be the worst off as they show signs of disrupted emotional development and due to the lack of any kind of support or attachment their cognitive development tends to be affected as well.

There are other forms of parenting that have also been identified in recent times such as ‘helicopter parenting’ where a parent is seen showing extreme caution and worry over the safety of their children or ‘instinct parenting’ which is not really fixing on one method of parenting but instead going according to instinct or their own experience of how they were raised.

Sleepless nights? Get your baby to sleep through the night
4-12 months : What to feed your baby
Get your child to sit quietly in the car
Harmful Foods to be avoided for your baby
7 amazing facts about your baby