Perhaps one of the most pleasurable moments you can have with a child is when that bonding process starts.

It is a feeling which is virtually indescribable and it WILL happen to every single parent.

It is that feeling that you will do absolutely everything to protect your child and to give them the life that they deserve.

In this post, I am going to explain to you the exact process of the bond between you and your baby.

Baby Love: The Bond, The Significance

It is going to be your driving force for getting up in the middle of the night and cooing them to sleep.

It will even help you to recognize what each of their cries mean so that you can give them exactly what they need.

It is a bond which is not going to be broken for the rest of your life.

Studies have shown time and time again that the bonding process is absolutely vital for the baby.

If they do not have the opportunity to bond with a parental figure then there is a good chance that they will be impacted for the rest of their life. 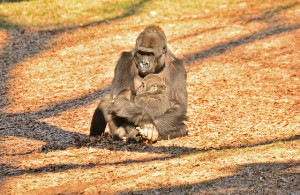 A key study that involved monkeys showed that young monkeys who did not bond with their mother monkey (even when they were giving a ‘replacement’ in the form of a stuffed toy), were more likely to have intense feelings of despair and this would cause problems for the rest of their life.

It is believed that exactly the same will happen with a child.

Now, the wonderful thing is that your child is born to bond.

They know what they need to do from the moment they enter the world.

The problem is that parents quite often don’t.

Whilst the vast majority of parents feel a bond with their child within the first few hours of its life, there are many out there who do not.

For example, if a child is whisked off to intensive care of if you adopt then he may take a while to ‘bond’ with the child because you have not had that key interaction to begin with.

Now, in most cases this is not too much of a problem.

The bond will eventually come.

However there could be a reason behind it.

If you feel as though you are not developing that attachment with your child then you really do need to speak to a doctor.

They will be able to provide you with advice on what to do. In most cases it is down to postnatal depression which can easily be dealt with.

Some Reasons For Bonding:

When your baby is born, he/she will scream…a lot.

Every parent knows this.

The thing is, during those early stages the baby really does not know what is actually wrong.

Your child is going to attempt to interpret the world in its own way, but it is up to you to give it the love and attention that it needs.

When she cries, she is asking you to fulfill her basic needs (perhaps she may be hungry, maybe she  bored).

If you do not meet these needs then your little one almost seems as though ‘neglect’ is there (whether you intend that or not).

The baby’s needs will not be met and they will continually scream.

This causes stress and there is a good chance that this could damage their immune system. 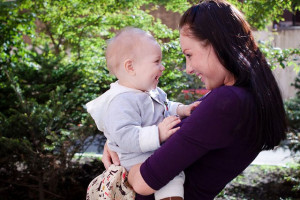 Another reason as to why the bonding process is important is the fact that without the attention the ‘SOCIAL’ part of the child’s brain will not develop properly.

This starts properly at around the age of 6, but the process will begin much earlier.

If the ‘social’ side of your child does not develop then he/she is going to find it very difficult to interact with his/her peers later on in the ‘real world’ and there is a good chance that they will suffer from behavioral issues.

Now, I am not saying that this will ALWAYS be the case.

However, those that tend to have behavioral issues, were those who had problems within the home.

1. In short; bonding helps because it is going to shape your child for the rest of their life:

Any issues which are not dealt with as soon as possible will be very difficult to rectify later on.

In addition to this, bonding is also going to help you as a parent.

It will make it FAR easier for you to recognize any problems as soon as possible.

You also develop a far closer relationship with your child which is probably going to continue for the rest of your life.

The next major benefit of bonding with your baby is the fact that it helps them to fill secure.

Your child will have spent a good couple of months inside of you.

This place is all warm and secure. There is very little that can harm them.

When they are born they are introduced to a world which has next to no limitations.

This is obviously going to be quite scary for them.

They want to know that they are safe in this world.

They want to know that they are going to be looked after and that there is somebody there to help them.

As I said before, 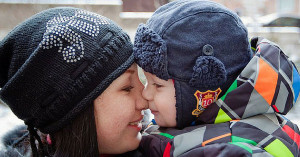 Your child is going to be shaped based on his/her early life.

The brain of your child will be based around what you do to that child and how secure that bond is.

Children crave to be understood. They crave to know that there is somebody looking out for them.

If they do not then there is a chance that their brain will develop in a way that makes them feel cautious of their surroundings, they may lack health self-awareness, and they may even lack trust and empathy.

This is something which is obviously going to have a major impact on them in the big world when they grow up.

If you start to bond with your child here then you are going to be teaching them to be self-sufficient in the future.

In fact, studies have shown time and time again that children who feel secure during the early stages of their life are in a much better position and are much more independent later on.