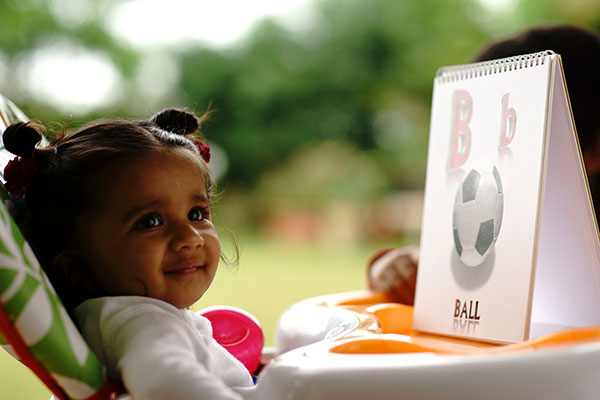 The sense of hearing is one of the most important senses, especially for children as it is one of the easiest means for them to learn new things.

When does hearing start?

An infant begins to hear prenatally. From around 16 weeks the baby’s hearing begins to develop and the get accustomed to the mothers voice. Which is why it is not surprising that babies have reasonably good auditory sensations. In fact an infant is more sensitive to certain very high and low frequencies than adults. This could be the reason why most children love animal sounds. The array of sounds that various animals make, from the low moo of a cow to the shrill call of a parakeet is fascinating to babies and toddlers alike.

Development of hearing and how it helps babies

A baby’s auditory sense is very important, especially for the baby’s general language development. At around 3 months the baby’s temporal lobe becomes more active and receptive. This is the part of the brain which helps the child with sound and language. In a few short weeks the baby will begin to eagerly respond to voices or sounds that you make.

When the baby begins to learn how to talk the accent and sounds he makes is influenced by the language that he hears around him. First words are influenced in part by the number of times he connects the visual images to the respective audio. After the baby starts to talk, help the baby learn more words by telling him what it is he points at or sees, and enunciate the word clearly a couple of times.

The baby like white noise like the hum of a quite motor as it would remind the baby of the womb. Other sounds like a rhythmic sing song of a poem with repeating words is something babies and toddlers too, would particularly enjoy. This is why all children’s books have the element of repeating words.