With smiles and giggles, cues and cries, your little baby has turned into a toddler. But, he/she still has a long way to go before turning into a well behaving child.

So, what should be done to encourage positive behavior in your toddler?

Positive behavior enforcement in a toddler takes a great effort and toll on mommies of course.

Sometimes during the process your smiles would turn to huge cries and the next moment you would get charmed by your little toddler’s cute ways of doing things.

“The sooner the better“ is the only mantra that can save you a lot of embarrassment and hardships later.

In this post, you will come across some really helpful and sure shot ways of helping your toddler absorb and display positive behavior. 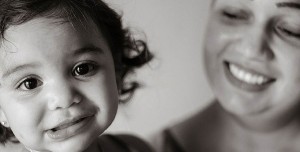 One million dollar question on your mind as a mom would be “Does encouraging positive behavior in a toddler require paying greater attention to my baby?”

Well yes, a research study conducted by University Of Strathclyde, in 2008 suggests that giving more time and attention brings in a lot of improvement in the toddler’s difficulty areas when it comes to behavior.

“Is it easy to manage a girl child compared to a boy child?”

As per the reports published by Scottish Government in 2008 on child’s behavior and the factors that influence it, “Gender” was supposed to be a distinguishing factor as well.

There were researches done on the chosen target group and to everyone’s great surprise, the parents who had both girl and boy children unanimously agreed that handling a boy child is tougher at times. 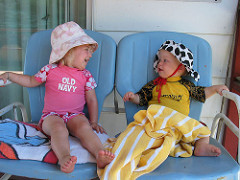 Boys have a tendency to get wild and physical at times. This invites bigger challenges than handling girls as toddlers. Though, the basics of upbringing is same, yet boy kids could be little difficult to deal with.

For a child to learn to behave well it is important that you set a right example being a parent. Your behavior is always under a strict supervision by a mini inspector around.

How to encourage positive behavior in your toddler? 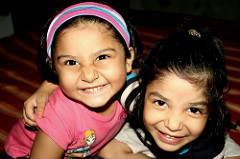 By paying more attention to his behavior through the day, you would be able to teach him things beforehand. Also, by appreciating things that he or she does well as per the expectations.

You need to give more time to your child and would have to correct him at every step. He may not take your feedback for few times but sooner will accept the way things should be.

Try to bring out the hidden actor in you and try to play some skits or role plays by making his or her little dollies and soft toys a part of it.

Put on the ‘Pretention hat’

As mommies, you would always have to display the best behavior to your little one. Even though, you would want to be on your own sometimes and would want to just unwind at times, always keep in mind that the mini inspector is watching you keenly.

So, let mini inspector go off to school or take a good siesta and then you could throw off your pretention hat and could be at ease.

Have fun, teach your toddler all good things but just try and be a humble teacher around.

You need to ignore most of the things done by your toddler as he or she is still a kid and has just begun to learn.

So, don’t be pushy, don’t be upset just keep going and things will be fine.

Tighten your belt at times

There will be times when your toddler would do certain things which are not acceptable.

Generally two to three years of age will bring to you many ‘shocking moments’ that you may actually see your hair standing erect because of your toddler’s activities.

Toddlerhood is the most difficult phase of a parent’s life.

Physically and mentally it gets way too demanding.

But, the journey gets sorted and is easier after that.

Two years of toddlerhood can give you real jitters but you need to maintain your calm and set a good example in front of your toddler. Soon, it will be a thing of the past……..Have fun!

Is your child a Picky Eater?

Foods to Avoid Before Bedtime

Sleep Training for your Child