Foods that babies eat around the world

Babies that are being weaned or have been weaned are introduced to semi-solid foods and solid foods a little at a time. Consideration has to be given to the fact that babies either don’t have teeth or are just beginning to push teeth. So baby food has to be initially soft; little by little variations are brought in. Some similarities are there in baby food around the world; there are also differences.

In some places, thin moong dhal is given. Later the baby is fed with Khichdi. This is made of rice, moong dhal along with vegetables. It is flavoured with spices like cumin, coriander and mint.

In some countries of Africa, cassava is mashed and given to the baby. 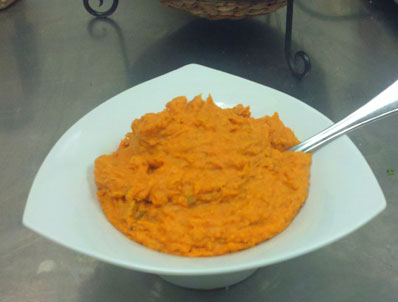 Sweet potato is commonly offered as the first solid food for babies as young as six months. It is easily digestible and has vitamin A. It is sweet in taste which is something babies generally like. The vitamin A in this vegetable helps in the metabolic functions like vision and immunity. 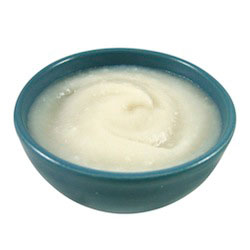 A healthy diet of rice, fish, carrots and other vegetables, seaweed and porridge is given.

Babies are given porridges and broths. Soups high in fibre are seasoned with fish sauce and pork bones for flavor. Some soups contain thinly sliced shrimp, potatoes and vegetables such as carrots and butternut squash. Sometimes baby cereal is added to these homemade mixes.

Babies are first served fruit and honey. Then morning milk is given.

French babies are first given healthy foods like leek soup, spinach and beets. Then toddlers are most likely to be fed with soft cheeses quinoa, and couscous. 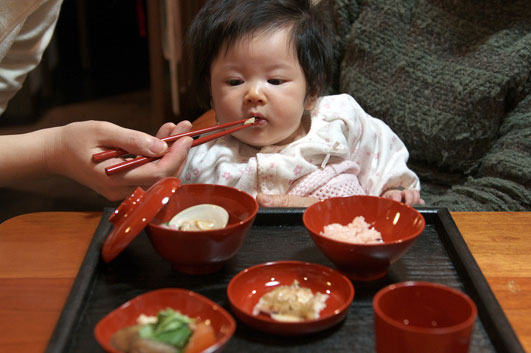 In Japan, a baby’s first solid food is sticky rice with octopus and pickled vegetables. At the celebratory event called okuizome (first eating) a biting stone is given to the child to help promote growth of strong teeth. 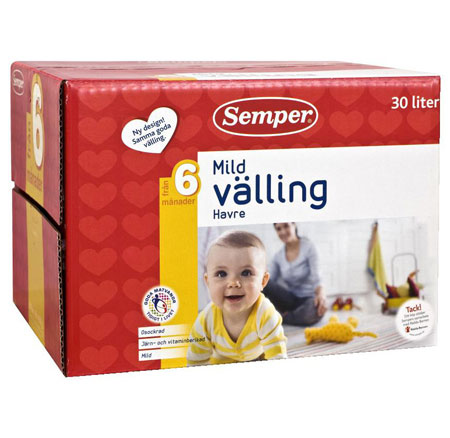 Mashed fruit and vegetables. A dish called Välling is fed to the baby. It is a cereal which has wheat, palm oil canola and powdered nuts. 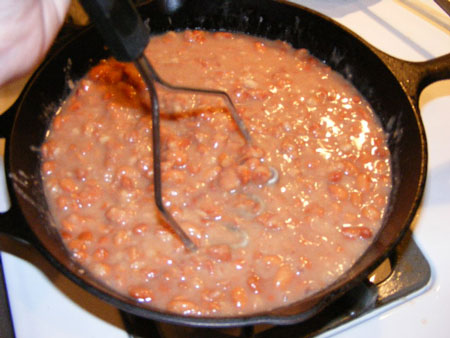 The first foods to be given to babies are rice, beans and soups. Fruits are often sprinkled with paprika (chilly powder) to interest babies to eat fruit.

Pregnancy related facts & myths around the world
Do you have a new age baby?
Bed wetting: Does your child pee in her bed?
7 amazing facts about your baby
Do you have sleepless nights? How to make your baby sleep 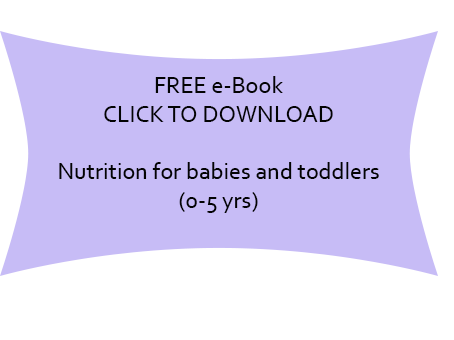