Your child is at an age where he/she doesn’t fully understand what is right and what is wrong.

For all we know they don’t even hurt others on purpose.

They might not even realize that other people can get hurt.

It could be that the other child doesn’t give them what he/she wants hence, they use the weapons that they have at their disposal – fists, legs and sometimes teeth on the other kid, to get what they want.

In this article, I am going to tell you how you can calm down your child. 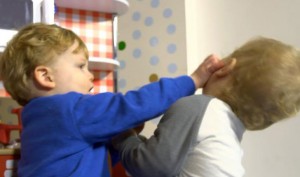 It could also be that your child was provoked by the other kid or your child thinks it’s some sort of game to hit another child because they don’t know it hurts the other kid.

It isn’t too early to teach your child that when they hit another child, it hurts.

How do you explain?

Begin by explaining to your child that when they hit another child, it hurts and it’s unacceptable.

If your child is the victim, soothe him/her and explain that because it hurts, doing this to others is unacceptable, and also hurting others won’t heal their wound.

Words need to be backed with action.

Let your child know that hitting others is not acceptable behaviour.

Supervise their play dates carefully and stop any aggressive behaviour immediately by separating both the victim and offender.

Avoid responding in anger as it only makes the situation worse; simply separating the children, distracting and telling them that they should not hit others should be corrective enough at this stage.

Explain to your child what is wrong and what is right in calm but stern voice. 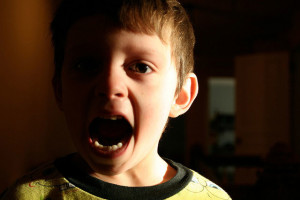 Biting is one of the MOST USED WEAPON in your child’s arsenal which he/she uses for various reasons.

It embarrasses parents to discover that their child bit someone.

It horrifies them maybe because they consider it to be an ‘animalistic’ act.

But your child’s behaviour is not really motivated by any hate or viciousness.

It is a phase that some toddlers go through; she or he will outgrow it by the third year as they mature.

It’s best to make them understand that biting is not acceptable with love.

If they still continue to do so, you could probably punish them by taking away their favourite toy till they accept your terms.

If the habit still persists, then it’s better to seek counseling. 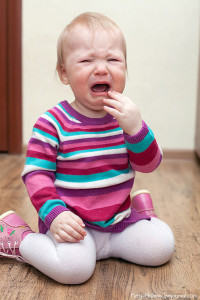 1. SEPARATE the biter and the victim. Comfort the victim but don’t over-react. Teach your child with words because hitting or harsh scolding might result in a rebellious behaviour later.

2. Don’t set a BAD EXAMPLE by biting- not even to demonstrate that it hurts; not even playfully.

3. Before you take them out for a social call, give them a SNACK, so that he/she doesn’t bite out of hunger.

4. PRAISE good behaviour. Give more attention to positive habits or actions displayed by your child. Pay as little attention as possible to bad behaviour; except to stop it whenever it happens and to apply discipline when they need it.

5. EXPLAIN that it is natural to feel angry. Help them to express their feelings in words (not swear words!): “I am angry,” “He is not giving me the car” etc. Explain that it is not OK to hurt others in any way.

6. DIFFUSE the situation. Introduce calming activities like ‘lie down like a quiet lion’, listening to music, reading a story etc.

7. VENTING: Allow your children to vent their feelings by means of drumming on pots, pillow fights, a punching bag, pounding on play clay. Provide a safe place away from others where they can do this.

It is difficult to handle mischievous kids at such age but it is best to be CALM, gentle and guiding to your child. This will help you build a bond with your child that’ll last a life time.

Above all use discretion. Know when to step in and stop a battle and when to leave your child alone. Happy Parenting!