I know its little early to start off, but the sooner the better.

The ground work can always be done during toddler hood and your baby will then start dressing himself up sooner. But, the question remains how to teach your toddler to dress by himself?

Well, you need to keep demonstrating him how to wear a shirt and a pant.

The more he sees you demonstrating it the more he gets exposed to doing it. Toddlers are very good learners.

Imagine, the sooner you teach your toddler to get dressed up, the better it is for you. During hectic mornings when you have to be on your toes to handle all chores, you have one less task of dressing up your kid.

Also, teaching your toddler to dress up by himself is also important because it requires so many different skills. It surely helps in the development of motor skills and contributes towards achieving a psychological and emotional milestone.

Teaching your toddler to dress by himself usually comes with practice. It is a gradual step by step process and needs patience and time.

New researches from Stanford University suggest that the more parents are interactive with their kids, the faster kids reach their milestones.

In this post, you would come across some helpful tips to get your toddler to dress on his own.

How to teach your child to dress by himself 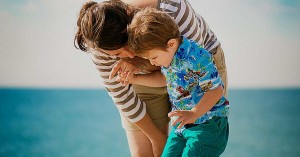 It is very important for your little baby to start doing little things for himself for he has to take the road of independence soon.

It is highly gratifying to see your little baby growing up and becoming independent. Of course, there are a lot of ways to help your toddler to dress by himself like:

Letting him choose what to wear

By giving choices, you are actually arousing interest in your toddler for his clothes. He may try to wear on his own because he is wearing something that he likes.

But, make sure that you get him to choose from two to three options only else you will see him wearing two sets of clothes all the time and the rest of the clothes will go waste in no time.

Go for a bigger size

Moreover, in right fit clothes there is not much scope of trying ways of putting them on as there is space constraint. In bigger shirts, you always have enough space to move around your arms and try them on so your baby will be more comfortable.

Initially, it is very important to show the right way of wearing clothes to your baby. You will have to do it often as well. The more you demonstrate it step by step the sooner he learns to grasp it.

He may want to try on his own and let him do a lot of hits and trials as that’s the only way of learning. 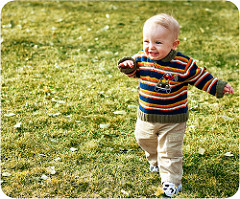 Most often than not, your baby will land up putting both legs in one side of the pant itself. In such instances, try to be appreciative of the fact that he tried to wear it on his own.

Also, clap for him and talk about it to his dad to make him feel that he has done something really nice. Wearing pants are easy for a kid so he will learn to wear pants sooner than learning to wear shirts.

Showing kids online YouTube videos could help them in a big way. They get interested in trying things which they see some other kid doing on screen.

By exposing them to these videos where small toddlers are trying to dress by their own, you are arousing a big amount of interest in your toddler to follow suit.

Sooner or later the baby tries to dress independently. But, the sooner he does it, that much easier it becomes for you to handle all the things together. It surely doesn’t mean to force things upon your baby but to give him enough opportunities to learn to become independent sooner in his upcoming milestones.

More interesting articles for you:

Potty training in a week

Is your child a picky eater