You are still enjoying the memory of the first birthday celebration of your baby and just then you realize that the second one is just round the corner. Yes, time just flies by!!!

And, surely you must be wondering as to what all your child would be doing at 2???

The second birthday is more about seeing your toddler taking mini steps towards independence. Your baby is just learning to explore the world around him.

“The greatest gift you could give your child is the wings of independence.”

As per the milestone guidelines given by the American Academy of Pediatrics, there are a lot of motor, emotional, physical and cognitive skills development that takes place in a child at two.

In this post, you would see the milestones that you should be looking at while your kid begins the journey of independence at two.

2. Shows interest in other kids

Your two year old notices other kids around and wishes to be in their company. He or she would want to play with kids all the time.

You could see your kid getting excited in seeing other kids and approaching them to play.

3. Copies you by becoming a mini CID 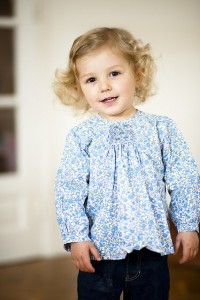 A two year old will watch you very closely. You have a mini CID inspecting you all the time. The way you sit, eat, drink, talk and live will have shared copyrights with your little baby.

Another important milestone for your two year old is that he will learn and remember the names of certain animals or objects that he sees or deals with often.

He would also be able to name around 8 to 10 body parts and would also recognize the family members by their names. 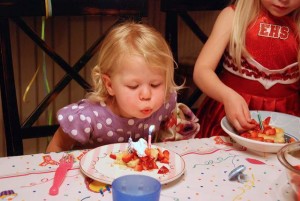 It is a very special moment to see your child learning to communicate and in the process they will end up babbling a few words which is really very cute and nice to experience.

Your small toddler would go and get a specific toy if asked by you. He would clap, sing a rhyme, may eat and laugh etc. on being asked.

It will be overwhelming for you to see that your little baby is just learning to understand the world around him so fast.

7. Finds stuff when it is hidden 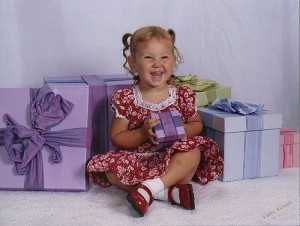 You have a little play master, who would love to go out and play. He would also remember some of his toys really well.

If you hide his favorite toys under the towels or somewhere else, you could see him roaming around trying to search for them.

Your toddler will just scribble something on paper if taught how to hold a pen or pencil. He would love having crayons and you could start teaching him to draw and color.

He would be vaguely able to draw lines though.

9. Remembers the songs and rhymes

Your baby will remember the rhymes sung to him often. He would remember a few lines or words and will help you complete the rhymes. 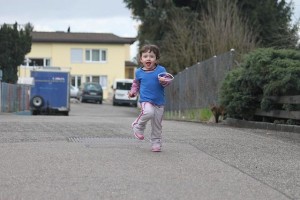 At two, you will see your child running around.

You would also see him kicking a ball around and trying to run after it.

Your baby would just love to climb up and down the stairs by holding on to you or to the railing. He would surely seek support but at the same time will climb all by himself.

As per the guidelines given by American Academy of pediatrics in 2010, (http://www.aappublications.org), the milestones could be achieved earlier or later by a few months.

As long as the child shows a positive developmental growth curve, there is nothing to worry at all.

And, also a lot of development depends on the genes, the atmosphere around and the exposure given to the child.

The base line for you remains that you should enjoy parenthood to the fullest!!!!

Though these times are very demanding, they will leave you with some of the best memories to cherish throughout your live.

Foods to avoid before bedtime

Do you microwave your child’s food?